(2012) THE KORÈDUGAW: SYMBOLS OF A PHILOSOPHY OF LIFE IN MALI

Society initiation Korè , one of the great universal brotherhood to the Manding cultural area is endangered . Wherever there Korè , all boys should " be killed Korè ", that is to say, turns the "symbolic death" , according to a seven-year cycle . The Korè is the ultimate stage of a true educational curriculum aimed to build, at the subject and group , male and collective identity.
Their parodies, they deride all the figures of knowledge and power associated with it , eat foods indiscriminately accumulated in a single container . They have the privilege of behaving like children.
This is not just a frivolous occupation : it is a vital form of creativity, which involves not only the game, but a powerful vision of the world to source the purity of human nature , which seems sometimes corrupted by the culture, where the opposition èorèdugaw practices of social norms .

These photographs Harandane Dicko on Kôrêdugaw manage to draw the portrait of this popular cultural reality in its entirety without falling into the realistic representation on a subject so easy to photogenic as obvious .

These images do not tell the mythical or mystical discourse on this traditional community. Nor an anthropological documentary about Koroduga story. They completely restore the desired permanent enthusiasm within the " being Kôrêduga " enthusiasm tooled dance, mime and metaphor for the sole sake of taking life on the side of laughter and derision.

Dicko speaks in his own name . He talks to his personal account . He talks about the unusual accessory as a presence of beauty. It captures funny postures as a poetic composition. It reveals the bawdy colors like a pictorial writing that we "must " perceive.

And voluntarily discussed in the enthusiasm images.

In the features of the portrait , he photographed the " non- ordinary" and lighter look. It is beside the point " Kôrêdugaw " to better photograph the enthusiasm of character " Kôrêdugaw " that is "game"

Plans , details on the accessories show each of them as an object - history tells an important sequence of social daily . Behind the apparent jumble of objects we perceive , Dicko photography bits of fictional stories that Kôrêdugaw give us their enthusiastic presence among us.

Accustomed to the lively parades Kôrêdugaw celebrating, we "re- discover " beyond social players that are individuals naturally players. In the atmosphere of their environment, photography Harandane the enthusiasm with which the subject plays to play Kôrêdugaw 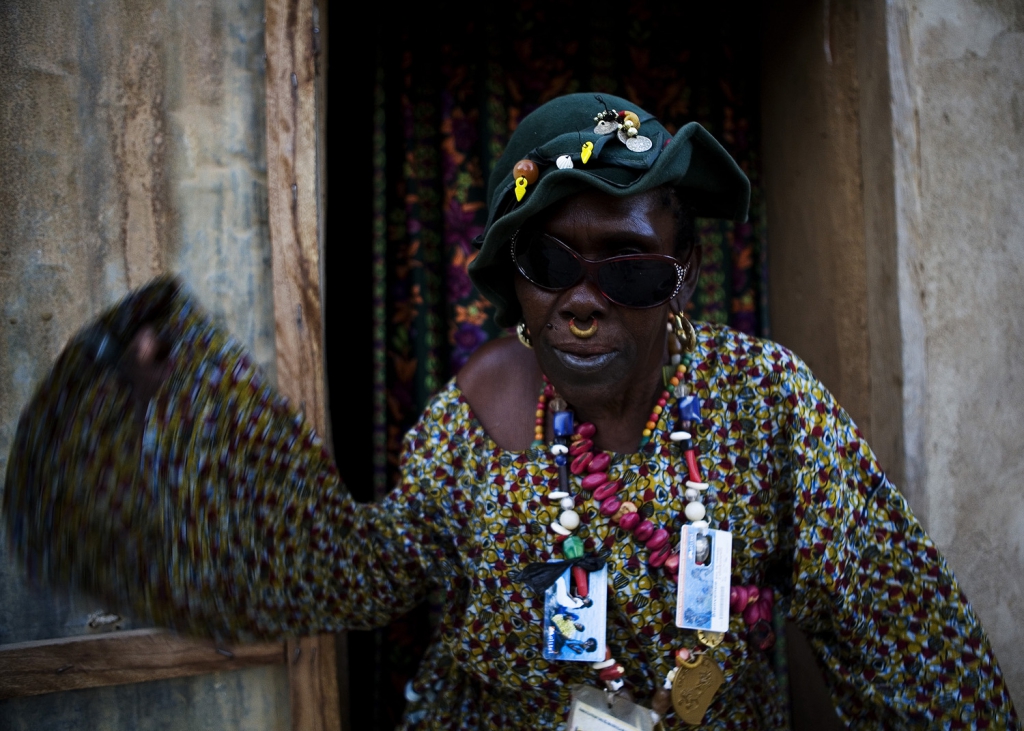