According to forecasts, in 2050 , more than one billion Africans will live in cities , against 400 million currently to 20 million in 1950. A radical change due to population growth in rural , economic and cross-border migration . And after Europe , the Americas and Asia, is Africa 's leading urban revolution . Through this series called the " mirror " , I try to capture the contrasts of African cities booming with their daily realities. I use mirrors for motorcycles capture a moment of this urban and African life , motorcycles are a fashion in many of our African cities . Mirrors motorcycle return me a mirror image, as the TV screen , I entered through the frame of my camera elements of daily life scene and portraits. Like Bamako, the Malian capital , many African cities have built the bike in the urban landscape. Thus , motorcycles serve both as a means of travel for some and mirrors as an accessory created for others. 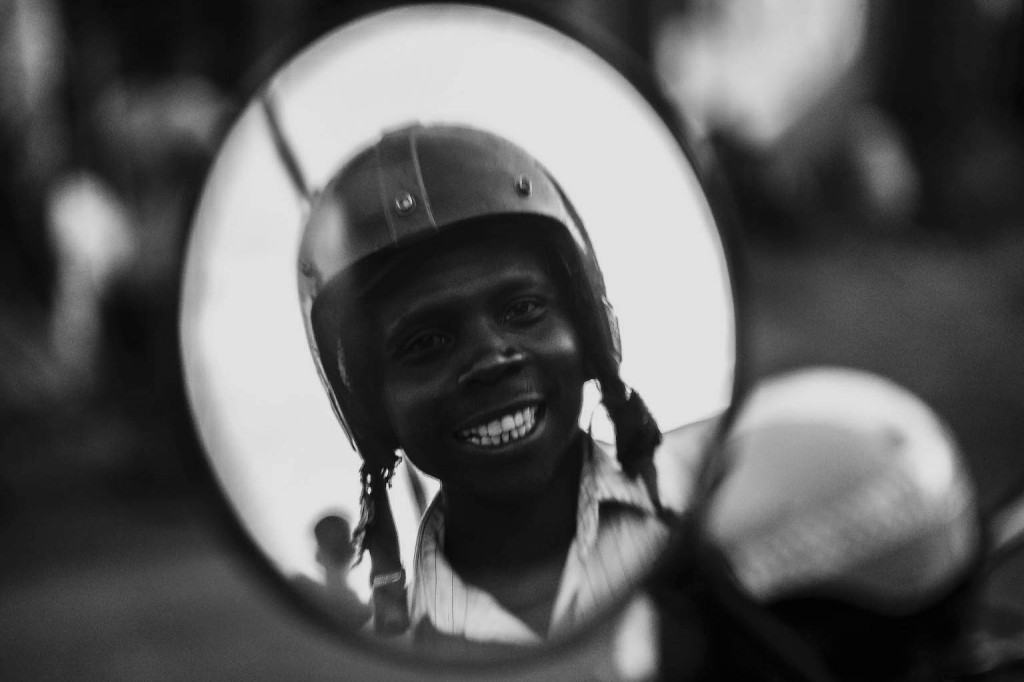