I traveled across Mali with my mosquito net that I hang around with the wind and inspiration until some curious just get caught up in my net . So, without further explanation to the questions that fall like rain , I invite those who want to drag as shown under the transparent curtain of his small traveling tent. Alone or in groups , or in traditional costumes, old or young children play the game and take place , who with his donkey or sheep , which his goods on his head or his bicycle by hand. Just time for a photographic pose in which both destabilized and uninhibited by the veil that protects part of the gaze of the other , each eventually becomes himself without having the time to take on a role . Using my screen as a continuation of the theater, I thus isolates the different characters of the street stands and gradually a gallery of portraits of Malian society .

"Through this work , I wanted to draw attention to the fragile aspect of life , but under the veil , I also try to capture reality, my reality , my present another world to me." At the intersection of gaming and performance, sculpture and staging by diverting a daily accessory for artistic purposes , I try to put my name in both the lineage of the most famous portrait painters of his country , and the reflections of the most contemporary art . Open to the teachings and fields of western experiments , I also intend to preserve my identity and African look, aware as recalled a saying of his ancestors that " regardless of the residence of a tree trunk underwater he will never become caiman . " 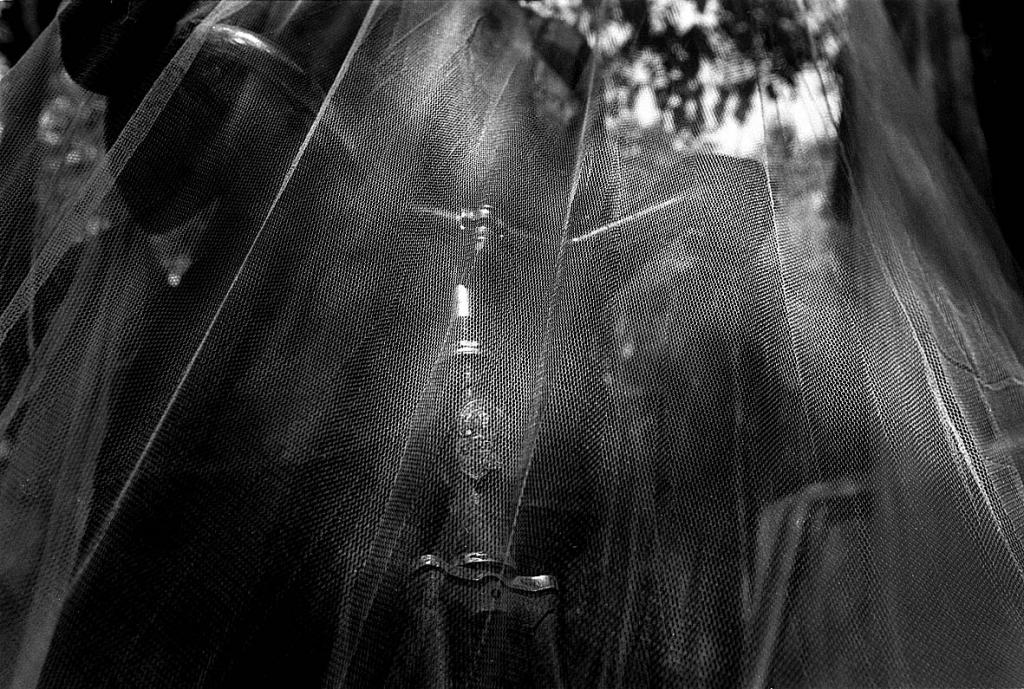