The decor says it's state of mind of the author?
The ruins chosen are beautiful, as are all the beautiful old buildings that evoke the past, the ravages of time on our short time.
These images, gives me an impression of ugliness, ugliness of the environment: walls Tagged, remnants of fabric or carpet in a disused factory. These pictures make me uncomfortable because they give the same intensity to these inanimate objects and animated character (or perceived as such), whose entire body seems to look away, something that the photo can give us.

As in the first shot, the character is merged with the scenery, it melts into this pile of waste from a factory or workshop decommissioned. Arms crossed, hands on shoulders, the photographer, because he is always the subject of the picture seems to look away as if to escape the scene. Viewer how I can I escape this scene? The first image imposed upon me the reality of what it represents, and a second time, I can receive it as a sign by the work of thought, a sign of a society in which ugliness is more hidden. The image is seen as the reproduction and the mirror of reality but it is actually a term separator between what she represents that is to say the subject and what I perceive. The image or photograph is the presence of this sham object recognized in its absence. Indeed, as shown Magritte speaking of the treachery of images (this is not a pipe since it is only the image of a pipe!) Photographs of the trash pick-Harandane object to make trash-image that are similar because in representation. That is why the photographer becomes a photographer-subject-object only shows her naked, absorbed in the image.

The photographer offers this final image that is not exactly the one he saw, at the same time gives form to feelings buried its past history. It is a form of equivalence of his experiences which he tries to bring together the different pieces cleaved. The inclusion of the character, the photographer himself, melted inside the snapshot, reflects his desire to have a place, making the image container.
What initial experience the photographer he wants to share with the audience? We know that the original desire to create images is the symbolization of the primary experience of separation. Baby separated from her mother's sad but every return of the mother after each absence antidepressant organizes the circuit by creating the capacity to be alone. This stabilization, from repetitions of the return of the mother thus the actualization of his body, contributes to the manufacturing of images. Every thought is first and body image reflects that origin. In the photographs presented, the body is doubly enhanced because it is almost bare as the first day and the photographer himself who looks.

Based in the background the photographer does not reveal he repressed by its relationship to the image and thus to the spectator who soaks it? Any photograph the viewer looks. In photographs Harandane, himself being the character included, this characteristic is multiplied by the effect of gaze as a spectator, we put on himself. In fact, photography is a form of picture that envelops the viewer and the photographer in a sort of cocoon where eyes meet.

Whole series of images shows, I think he, by their setting, a particular moment in the world of photography. It exudes great sadness that raises many questions.
Hopefully the answers will be in an upcoming series of photographs. 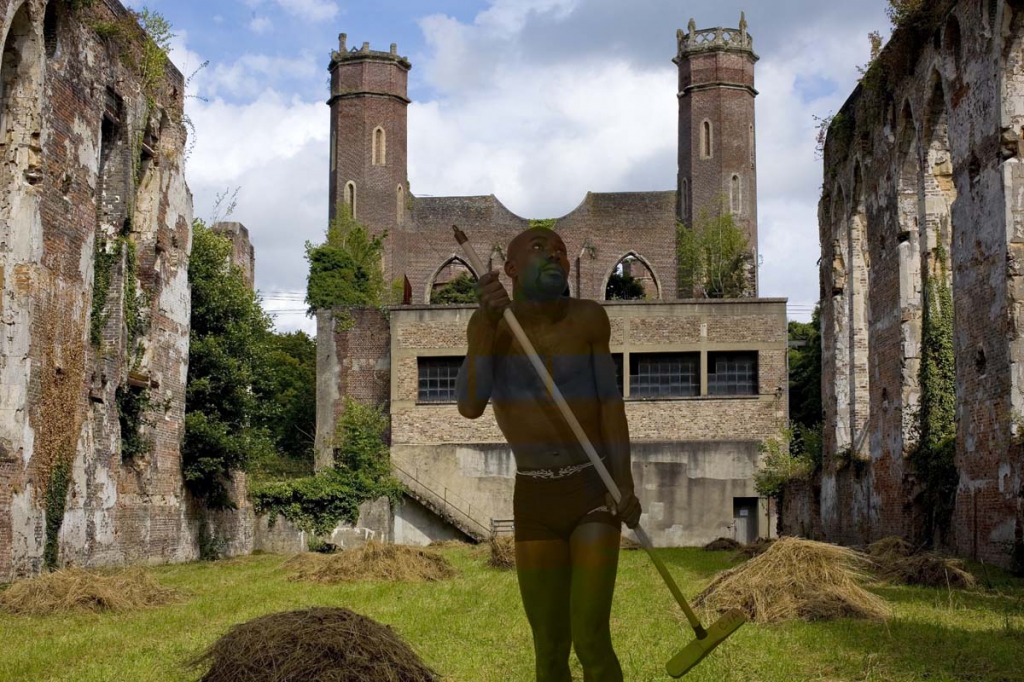