These photographs were taken in the context of a report commissioned by the Samusocial Mali in October 2007.
Samusocial Mali is a non-government organizations under Malian law, in business since 2001, which aims to fight against social exclusion of street children in Bamako. During their daily rounds at night, mobile teams will help to meet these children live their lives in the street, and provide support both medical and psychosocial. Their main mission is to recreate the social bond with these children out more or less deeply with their families and society. They had lost all their bearings, develop their own strategies to survive in a hostile environment.

This report is intended to reflect the living conditions of street children, and the work of mobile teams Samusocial Mali to them. To respect the dignity and preserve the anonymity of the children supported by Samusocial Mali, I had to make sure none of them are recognizable image.

These photographs were exhibited alongside the 7th edition of the African Photography Encounters in Bamako from 24 November to 23 December 2007 to raise awareness of the difficulties faced by street children, and to plead their case to the makers. 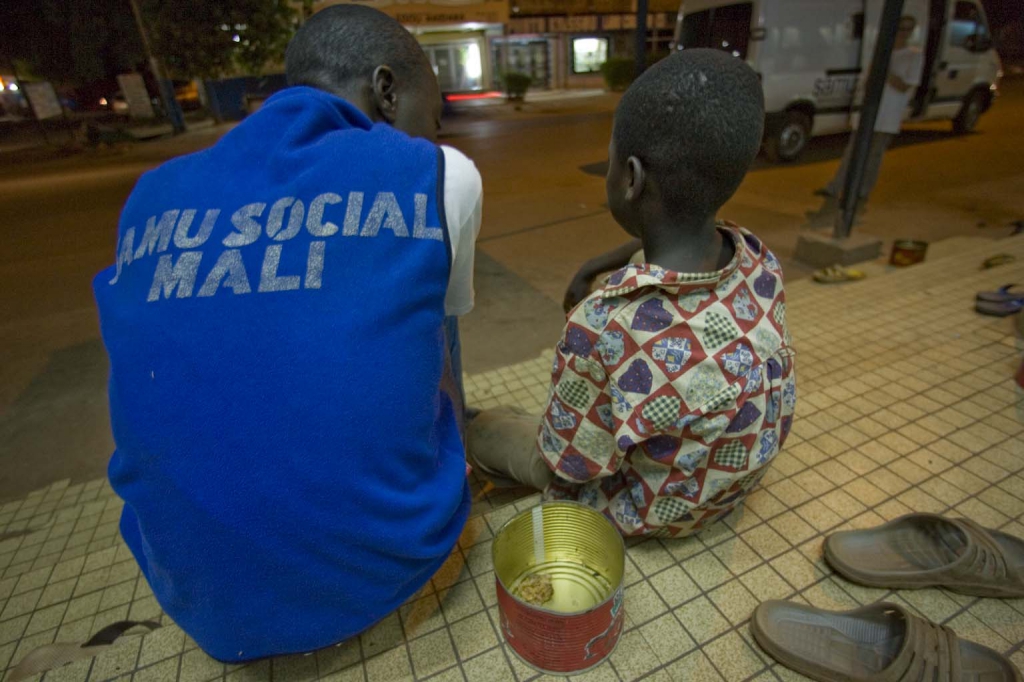